Some of the reasons we're your favorite coffee

Every coffee tells a story, what’s yours?

Double double? We've always got a fresh pot on.

Treat yourself to one of Tims Café Favorites.

Did someone say breakfast sandwich?

Made fresh and designed to satisfy.

What’s new at your local Tim Hortons? Find out.

Enjoy the Tims Hortons taste you love at home!

We all scream for Cold Stone ice cream.

Roll Up the Rim

Every cup tells a story.

From single-serve to beans, find it all here.

Ship a taste of home anywhere in the United States. All prices in $ U.S.D.

All you need to know about your favorite card.

Say hello to the ultimate drink of summer. Made with our signature base and cream, our Iced Capp™ blended frozen coffee beverage delivers that, deep down, creamy cool taste you crave.

The nutrition information presented on this website is based on standard product formulations and was obtained through analysis by our nutritional software, entitled ESHA Genesis R&D, and information provided by our suppliers. Variations may occur due to differences in suppliers, ingredient substitutions, recipe revisions, assembly at restaurant level, and/or season of the year. Regional variations may occur. Certain menu items may vary from restaurant to restaurant and may not be available at all locations. Baked goods may vary in size. This information includes a selection of Tim Hortons’ most popular items and may not include all items found in-restaurant. Information is applicable to products in Canadian restaurants and may be subject to change at any time. Please check this website periodically for updates. 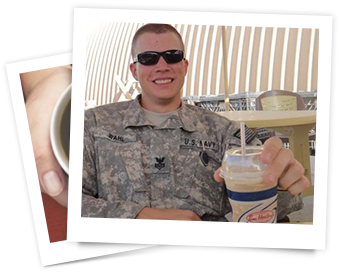 My son, a US Navy Corpsman was on leave from Camp Pendleton Marine Base in California. I INSISTED that he try the butter carmel ice capp.. Every time he has been near a Tim Horton's he NEEDS to stop and get one as there are no Tim Horton's near him. Last year (2010) he deployed with the Army to Afghanistan. One of the bases he frequented, was Kandahar which is an international base. Because of our Canadian friends, there was a Tim Horton's on the base. Ray couldn't wait to email me this picture. Tim Horton's made his time MUCH more bearable during the deployment. Now he is stationed at Twentynine Palms, CA. Tim Horton's on the other side of the world, now if we can get them on the other side of the country our military will be all set! 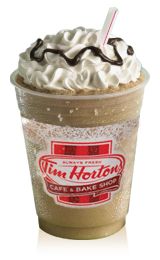 Take our Iced Capp™ blended frozen coffee beverage to the next level of decadence with whipped topping and chocolatey drizzle. 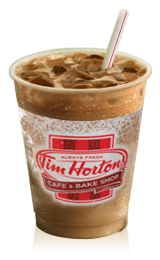 The refreshing way to enjoy our coffee. Sweet and creamy, we chill our premium blend coffee and serve it cold over ice. 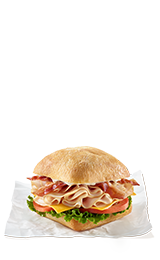 There’s nothing tastier than a handcrafted sandwich with quality toppings like fresh vegetables, real cheese and choice meats on a freshly baked bagel or ciabatta.

Learn how Tim Hortons is Making a True Difference for individuals, communities and the planet.